Go Directly To Rewards
Welcome to the PledgeManager for xScreen for Xbox Series S!
If you missed our campaign, don't dismay! Just choose an option below.

Get ready to game more with xScreen

The games we enjoy the most have always been on traditional full-power consoles with wired connections to a TV.  Unfortunately a TV isn't always readily available so as a result there are many situations where we have had to compromise:

We developed xScreen so that we could keep gaming when the big screen at home is not available or when we are visiting friends, going on holiday or anywhere else we want to still play full-power console games away from a fixed screen.

We made the xScreen for ourselves and our families. We have had such a positive response, we thought you might like it too...

With the release of Microsoft’s Xbox Series S, we saw an opportunity to create a portable full-power console due to its small form factor. The xScreen has an integrated design that connects to the Xbox Series S with a removable folding screen and included speakers providing a laptop like experience on a console.  Unlike previous solutions, due to the small form factor, the xScreen + Xbox Series S can easily be transported in any standard backpack.

The xScreen's unique patent pending attachment connects directly into the HDMI and USB ports on the Xbox Series S. The USB powers the xScreen while the HDMI provides the screen and audio signal. The only cable required is the original power cable that came with the Xbox Series S.

1. Attach the xScreen to the HDMI and USB ports.

2. Secure the side latches.

3. Plug in the power cable.

We have received a number of questions about whether the official Seagate Expansion drive works with the xScreen for Xbox Series S.  The answer is not only does it work but it makes the transition from big screen with an Xbox Series X to xScreen even better! Check out the demonstration and some Assassin’s Creed Valhalla gameplay at the same time!

We also have additional accessories that are available!

xScreen was in-house developed then prototyped with 3D printing.  Several prototype versions have been evaluated and discarded on the journey to the first working prototype.

In the early stages, the design had to be printed in two sections (see the split in the rear photo above) due to the size limitations of the 3D printer. UPspec Gaming has since invested in larger 3D printers to enable a rapid prototyping process.

Design changes have occured during evolution of the protoype. One example of these changes has been the attachment of the xScreen to the Xbox, which has changed from simple pressure latches to the thumb screw latches in use today.

The final production model will use plastic that matches the Xbox Series S for a seamless finish. For the prototype it is not possible to perfectly color match when 3D printing which is why the xScreen white is slightly different for the prototype.

Our timeline shown below provides a realistic plan for the production and delivery of the xScreen to you. However we aim to do better, with our ultimate stretch goal is to deliver your xScreen before the end of year. Watch out for updates!

UPspec Gaming is an Australian based start-up focussed on designing and selling unique gaming accessories. The company is founded by two Kiwi brothers who have been gaming together for over 30 years! xScreen is the first product from UPspec Gaming, with several other products already in the pipeline.

MorphoMFG is our partner for all things manufacturing. From plastic injected moulding to the assembly line and quality control, MorphoMFG are ensuring your xScreen is made to the highest of standards. 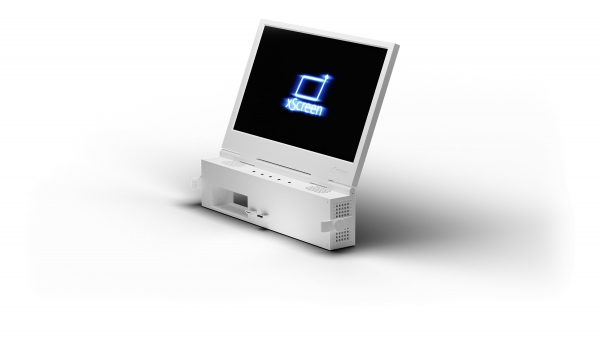 Get 1 xScreen for 9% off future retail price.

One last step to go!

Share your email, we will send you an invite!

If you're already have a PledgeManager account from another project, just sign in using the button below to join the project.

Complete your information below and we will send you an email to get started!